On every achievement and rank edit screen you will see a new meta box where you can configure the nominations settings for this element. 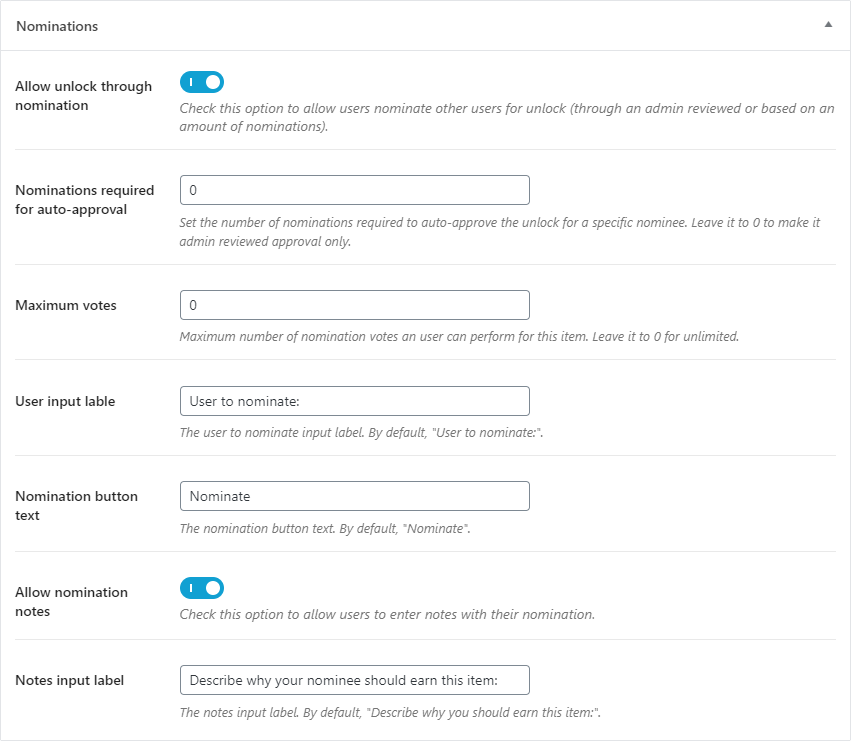 Allow unlock through nomination
Check this option to allow users nominate other users for unlock (through an admin reviewed or based on an amount of nominations).

Maximum votes
Maximum number of nomination votes an user can perform for this item. Leave it to 0 for unlimited.

Allow nomination notes
Check this option to allow users to enter notes with their nomination.

After configure an achievement or rank to accept nominations, you have 2 ways to display the nomination form:

1) On blocks (shortcodes and widgets) where an achievement or rank can be displayed you will get the option “Show Nominations” to display it.
For shortcodes, there will be the “nominations” attribute that accepts the “yes” or “no” values.
Example: [gamipress_achievement id="123" nominations="yes"]