Nominations lets you bring to your users the ability to nominate any other user to unlock achievements and rank through a form.

In just a few minutes, you will be able to place nomination forms around your site and add an awesome vote feature to unlock any achievement and rank.

In addition, this add-on includes the ability to enable notes with the nomination form where users can explain why his nominee should earn it and an administrative screen to manage all nominations stored. 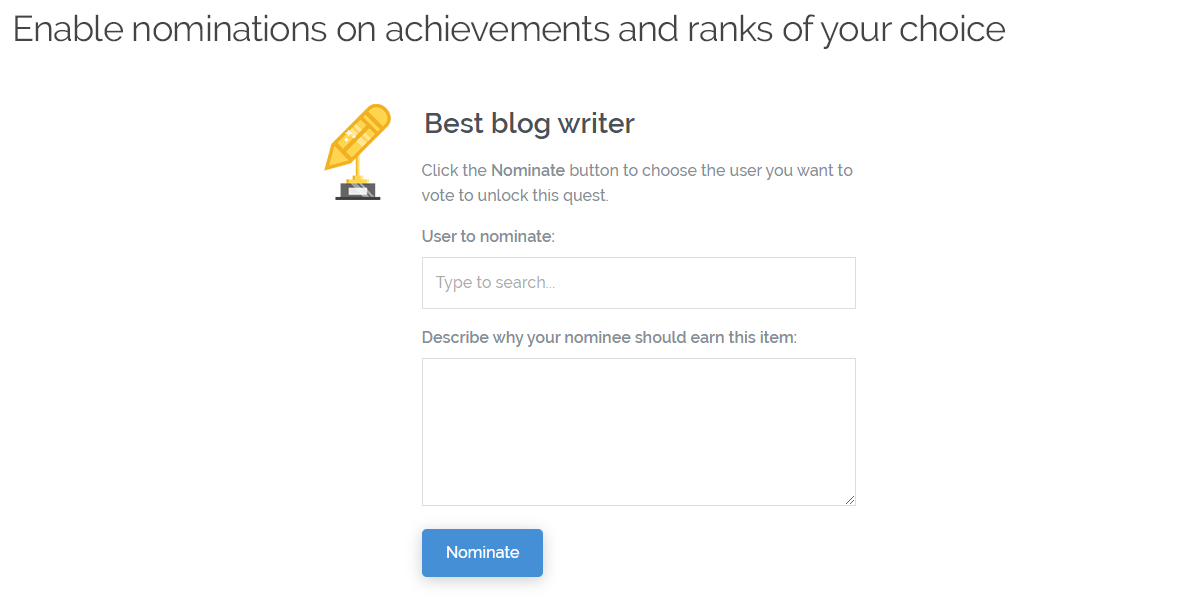 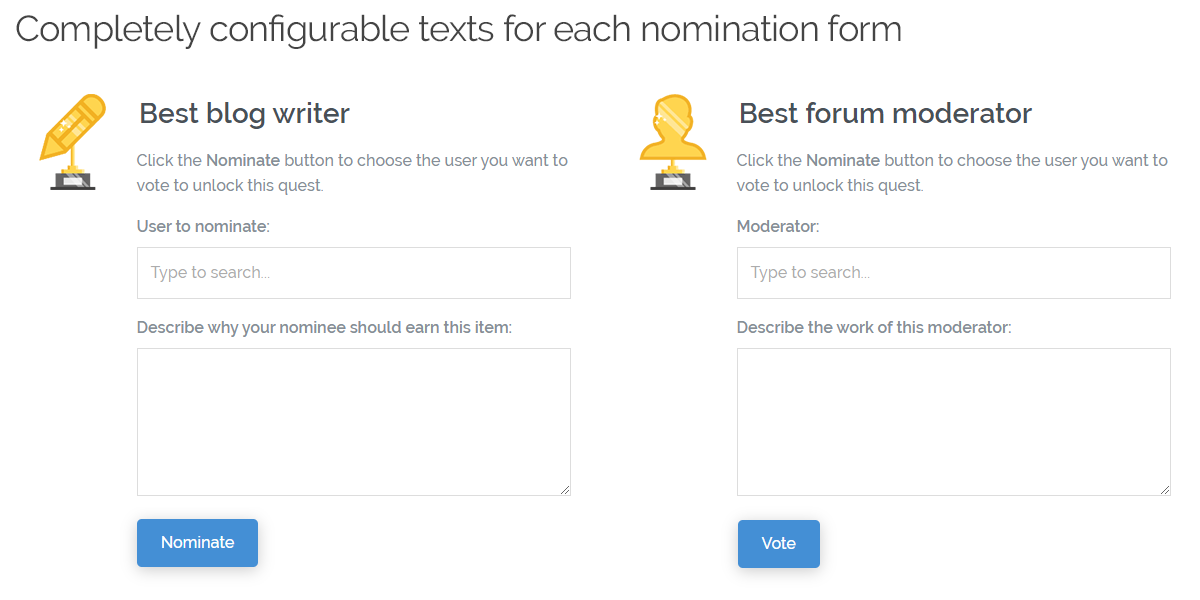 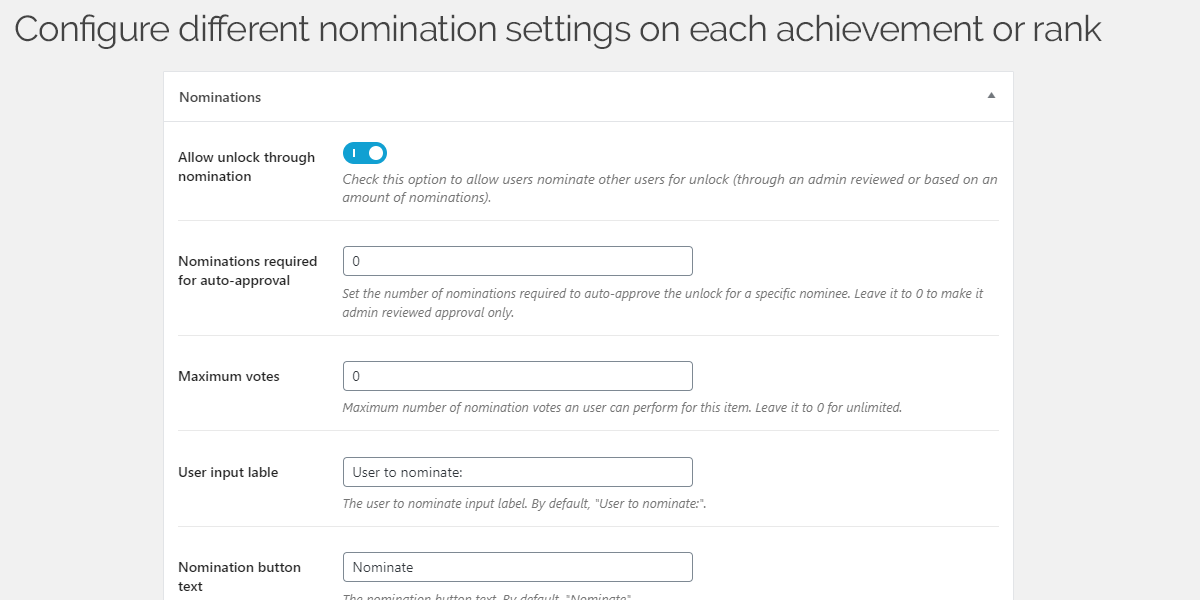 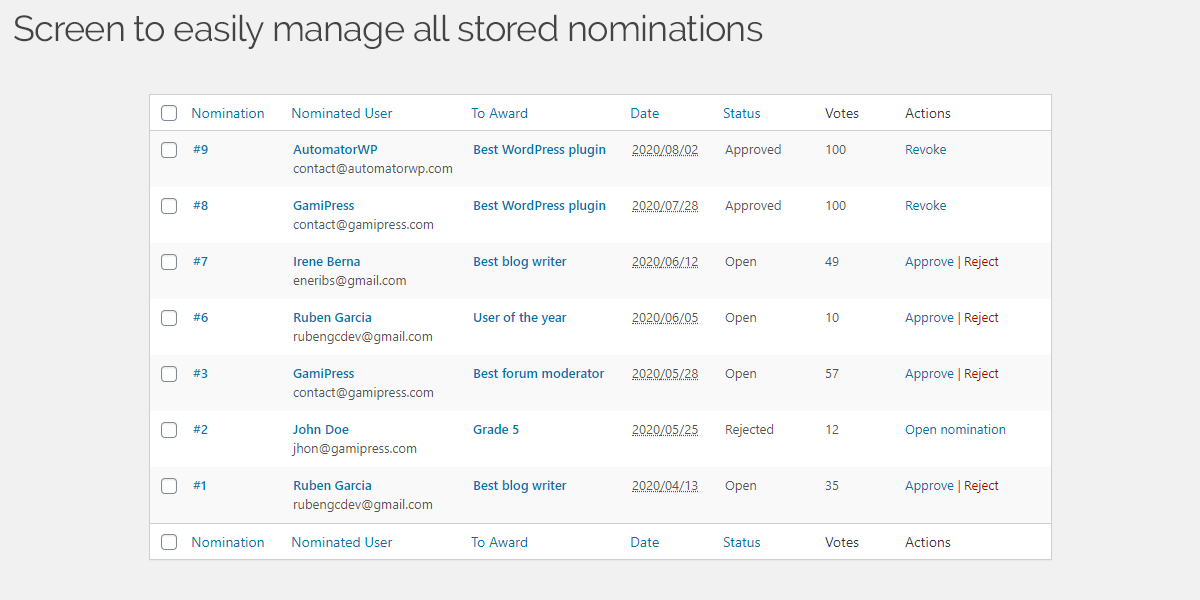 Leaderboards
Add leaderboards to intensify the gamification of your site
$49.00