Leaderboards gives you the ability to easily create, configure and add leaderboards on your website.

Place any leaderboard anywhere, including in-line on any page or post, using a simple shortcode, or on any sidebar through a configurable widget.

Also, this add-on adds new features to extend and expand the functionality of GamiPress. 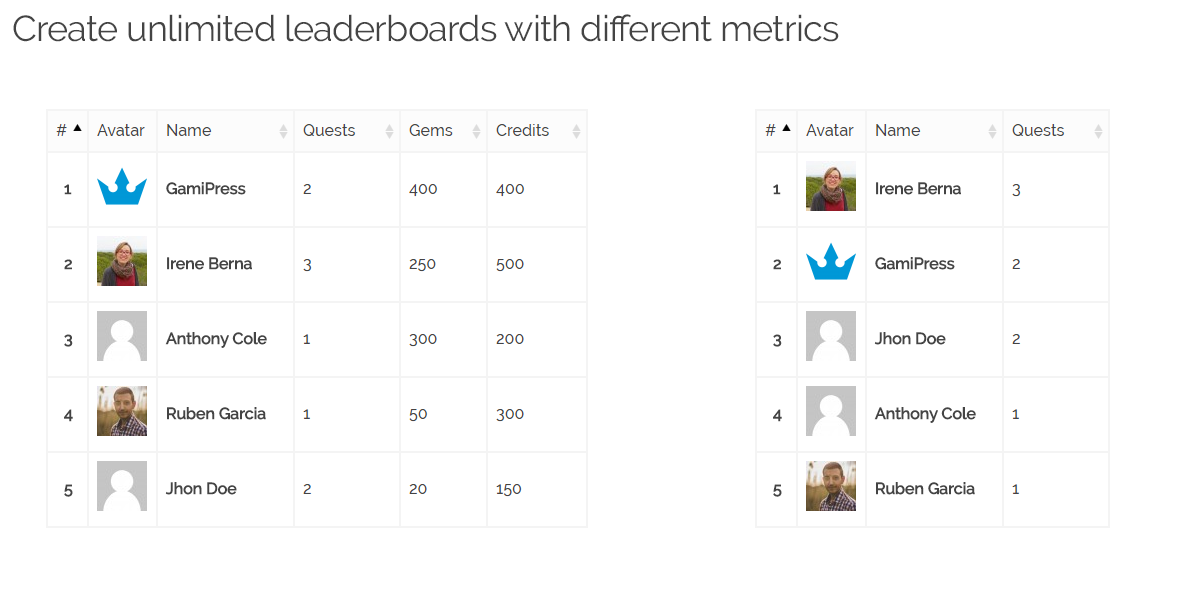 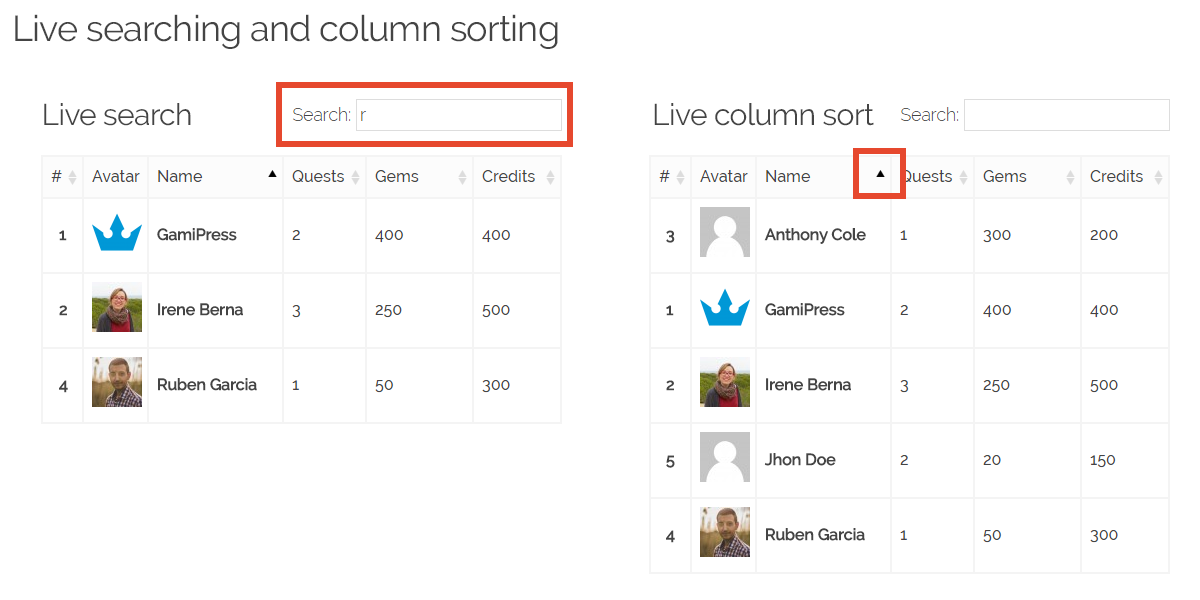 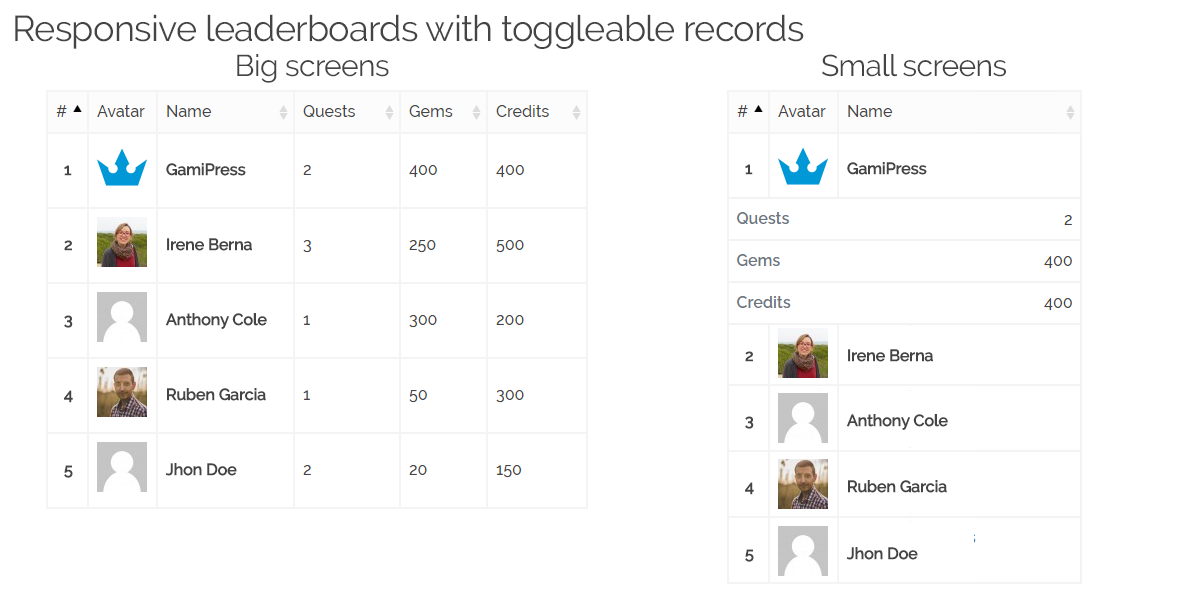 Notifications
Instantly notify of any new reward to your users
$49.00

Progress
Attractively show to your users their progress of completion of any achievement
$49.00
By clicking “Accept All”, you consent to our website's use of cookies to provide you with the most relevant experience by remembering your cookie preferences. However, you may visit “Cookie Settings” to provide controlled consent. Read More Cookie Settings Accept All Reject
Manage consent

Cookies are important for you, they influence on your browsing experience, they help us to protect your privacy and allow us to proceed with your requests that you demand through the website. We use our own and third-party cookies to analyze our services and provide you with advertising related to your preferences on the basis of a profile made with your browsing habits (for example, visited pages).

If you consent to its installation, click on "Accept & Accept", or you can also set your preferences by pressing "Cookie settings". More information in our Cookies policy.
Necessary Always Enabled
Necessary cookies are absolutely essential for the website to function properly. This category only includes cookies that ensures basic functionalities and security features of the website. These cookies do not store any personal information. Cookies used: AUTH_KEY, SECURE_AUTH_KEY, LOGGED_IN_KEY, NONCE_KEY, PHPSESSID, comment_author, comment_author_email, comment_author_url, rated, cookie_notice_accepted, hwp_visit, viewed_cookie_policy, gawdp , viewed_cookie_policy
Non-necessary
Any cookies that may not be particularly necessary for the website to function and is used specifically to collect user personal data via analytics, ads, other embedded contents are termed as non-necessary cookies. It is mandatory to procure user consent prior to running these cookies on your website. Google Analytics: _ga, _gid, __utma, __utmb, __utmc
Save & Accept